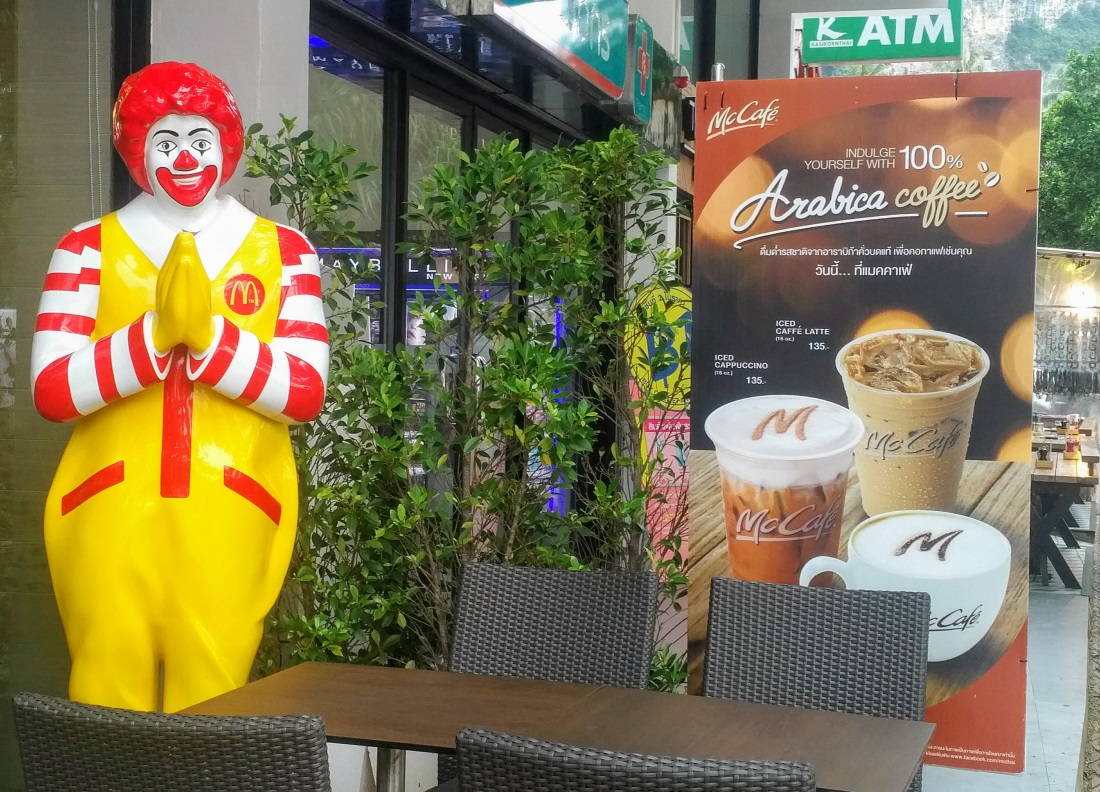 In a world of mega brands reaching out to all corners of the world, you might assume that their core message will be equally well-received no matter where they are.

There is a simple reason why in Thailand McDonald’s mascot, Ronald McDonald, greets Thai people in the traditional “wai” gesture of both hands pressed together. This equally applies to their menus: despite the ubiquity of the BigMac they still need to cater to local tastes. I’m sure that when the U.S. bosses of McDonald’s were looking to enter Thailand, they won’t have done it from behind their comfortable desks in the U.S. They will have done considerable market research on the ground, and they will have employed local management alongside their own people to get the business launched.

If you enter a new market with a “this is who we are, take it or leave it” sledgehammer attitude, a few nasty surprises might lie in wait (and maybe even a few laughs at your expense).

The same applies to localising a message for a particular market. You can employ a translator who natively speaks the language but doesn’t live in the country you’re targeting, but will your message capture the idiomatic subtleties it does in the original language? If a native translator can’t naturally keep abreast of all the small cultural changes in their native language ‘back home’, there are all sorts of cultural inferences which a more mechanical translation might miss entirely.

The internet is littered with such translation mishaps, and there is nothing more important than ensuring that your message passes the “local” test first.

When they use language in any guise, the best brands stand out in their attention to this detail. When you are reading something that sounds like it has been written by “one of you,” there will automatically be a higher level of trust than if it has been literally (but not culturally) translated by someone who hasn’t given much thought to localisation.

We employ exclusively local translators who are focused on one thing: how will the translation sound to their neighbour, to their friends, to their colleagues? What would they think when they read the words? If these thoughts are the same as the thoughts of readers in the original language, then the job has been done. This might involve some creative license, and this is something that translators pride themselves in deploying, so brands (end clients) should trust the locals on the ground to get it right for them.

Here comes the crunch: this requires a considerable amount of trust. When any message is being changed for any reason, the originators of the message naturally want to ensure that it retains its meaning. This is entirely natural, and in a way, it illustrates my point perfectly. It is better to have a discussion about getting a localised translation 99% perfect than not bother to localise it at all and have 30% of the local population get the wrong idea.

Localisation is important, and it is key to the art of translation in our global world.

Get in touch today!

We are a global company with offices in Australia, Singapore and Belgium.