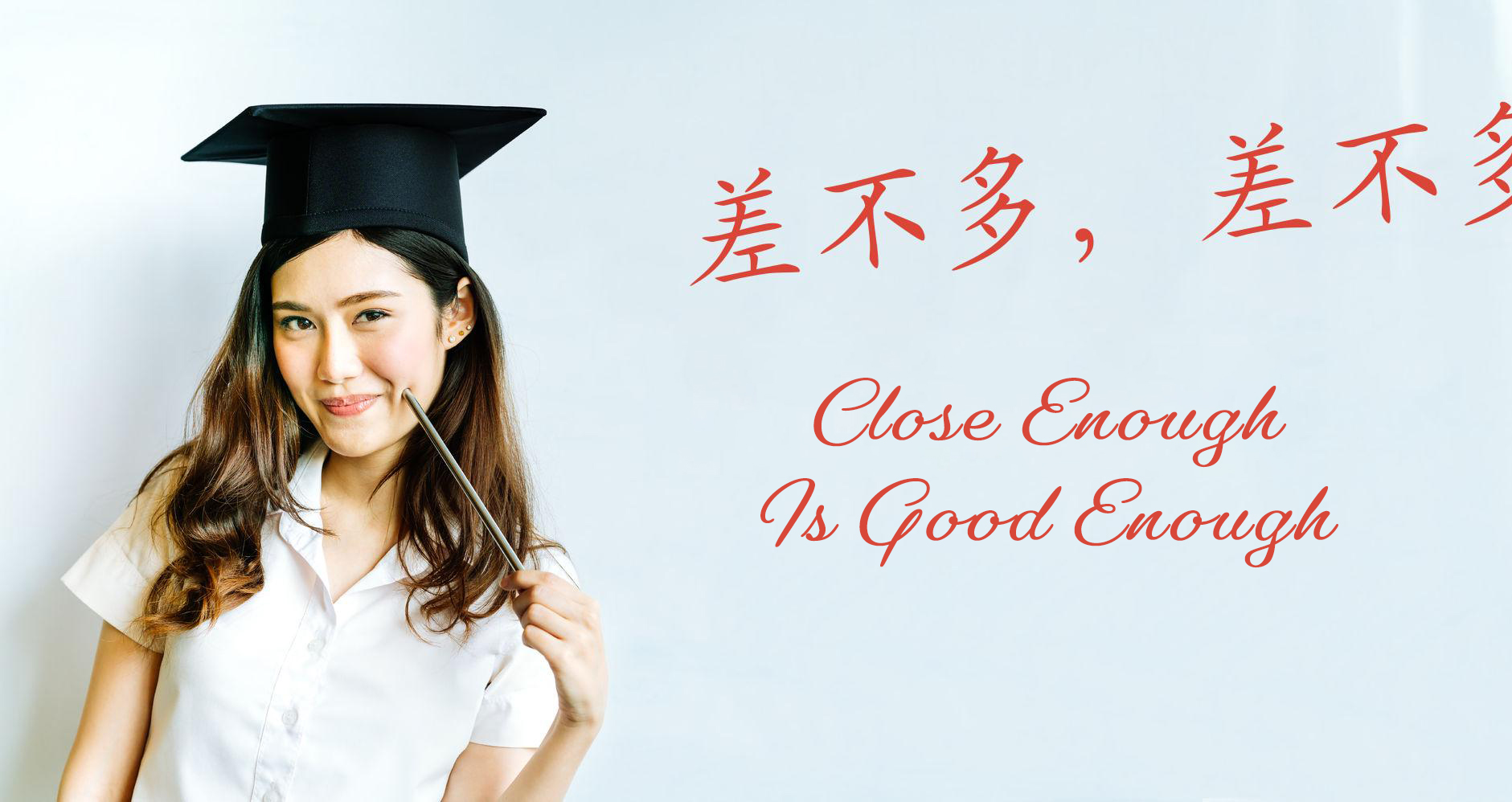 If I am an Australian consumer of a Chinese product, do I care that the accompanying literature is written in broken English?

“It must have been hard to translate. I understand the basic gist. No worries.”

But then someone else might wonder why a producer does not make a bigger effort, if they could positively influence their export success?

In a world where brand loyalty and storytelling are intimately connected, what was a compelling story in the original language, can easily become uninspiring drivel if the same care isn’t taken with the translation. The consumer will simply move on to another brand whose story is more carefully crafted.

There is no place for shoddy translations ruining corporate stories anymore. Well, not for the brands that care about their customers, anyway.

An advert that leaves you feeling amused, should also leave a new audience feeling amused, if translated. Different cultures demand different approaches and if a literal, word for word translation won’t achieve the desired customer response, then a transcreation method should be adopted.

It’s all about your market and your audience. Who are they, what moves them, and how can you capture their attention?

If you are exporting, you must translate your content properly, with due regard to your audience, or you don’t do it at all.

An “okay” result risks turning off a vast swathe of your consumers who are used to being wooed.

In China, there is the concept of something being “close enough is good enough.” They even have a word for it: chàbuduō. But whenever I read an inadequate piece of writing I somehow feel that a precious moment in my life has been wasted. Why should I spend more time trying to work out what they are trying to say? If they want to attract my attention, should they not make more of an effort?

Inelegant messaging and clumsy language might suggest a deeper malaise.

And yes, it might be a translation, but there is no excuse for it not to make sense.

Apple are held up as a shining example in many respects, and their corporate messaging is no exception. Their customers might read their literature in hundreds of different languages, but they all come away feeling the same things. Apple know that each individual translation has a life of its own – it is the end customer and not the original writer who holds the key to the success of any piece of translated content.

When a company puts a piece of writing (or any other kind of content) out into the world, they do so in the full knowledge that it will be judged.

Why wouldn’t you want to write it as well as possible? 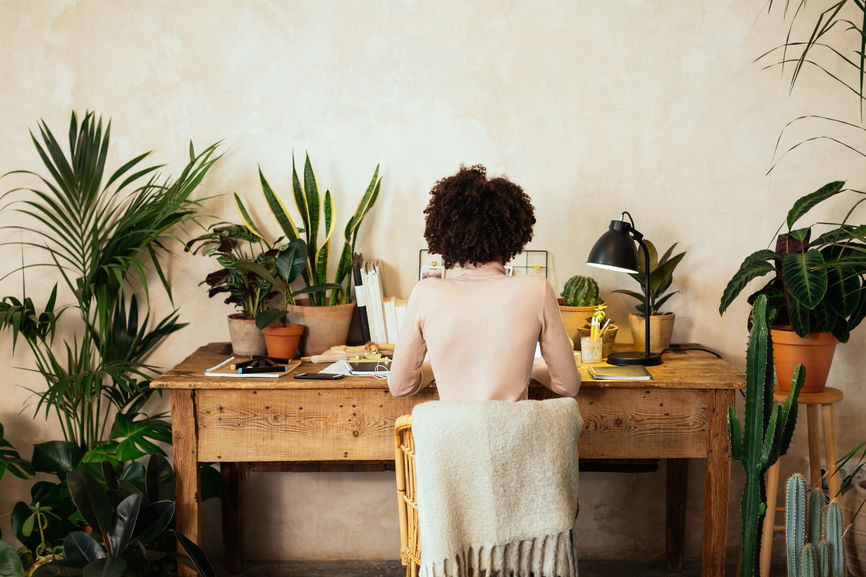 Once a word is printed or appears on a screen, it is open to interpretation.

Choosing the right word is a creative act, because writing is subjective and there are many word choices to pick from to convey the right message. Understanding the impact of these words on the other hand, is a more logical and rational process. Who will be reading them? What is their cultural background? How would they understand these words?

It is common knowledge that we use the left side of our brains to make creative decisions – and many of these decisions are put out there for the world to judge. An artist paints a picture, a writer pens an article, or a musician composes a tune. All of these artistic acts take place with an audience in mind, but it is rare that they are specifically tailored towards being interpreted in a certain way. In these types of creative activity, the left brain rules.

When reason has to shape the path of your creativity, things get decidedly trickier. You might even ask whether creativity in a straightjacket can be called creativity anymore?

Translation is one industry where initial creativity has to be tempered with sound logic.

The logical right part of our brain has to keep the left brain in check, but for the best possible translations, it cannot snuff out the creative part of the brain altogether.

Especially when transcreating for an international purpose, you have to consider the logical conclusion of how a piece of writing will be understood. Translation software can come up with some fantastic creative choices (yes, robots can be creative too), but actually it is only the native translator who will read through a passage and ask:

Does this make sense? Will the audience understand what we want them to understand?

Great translation starts with creativity and finishes with logic.

Conveying a message to a Chinese audience in China requires different idioms in your message than conveying the same message to a Chinese audience in Australia. You come up with a creative solution, but at the end of every piece of work you have to ask that simple question. How will my intended audience understand these words? If you can’t come up with an objective and informed answer, you will have to go back to the drawing board.

As an owner of an international translation agency, I need to stay close to my clients so that I understand what their intentions are and what they want their words to achieve. In a way, I have to become an extension of my clients and pick translation teams that my clients would trust.

The reason is simple: our international teams of translators and revisers are entrusted with the most important task of all, and that is to translate and revise to the best of their ability and to make the logical decision of whether a translation will be suitable for its intended audience.

This is a key consideration when we talk to clients – we have to understand their audience and how they want them to be impacted. Without this understanding, we will be translating in the dark – our left brains might enjoy it, but our right brains won’t have a clue what is going on.

At the end of the day, logic is what ensures that a translation is as good as it can be. 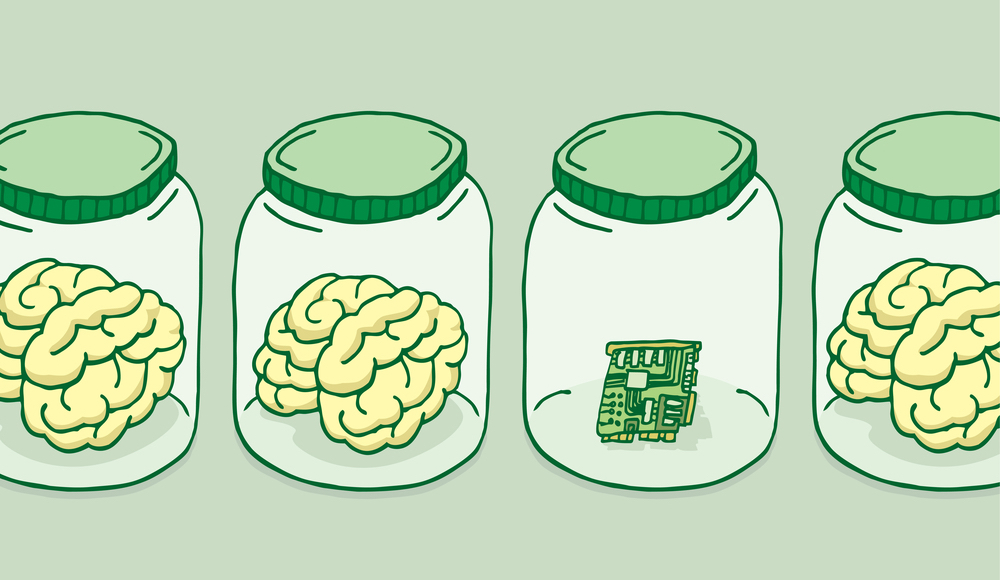 Credit DepositPhotos: Illustration of artificial intelligence besides brains in jars

The translation industry, like countless others, is threatened by the rise of the robots.

On the face of it, translation is one of those mechanical activities that could easily be handled by a nifty piece of Artificial Intelligence. Google Translate is just the start, imperfect as it is, and it wouldn’t be surprising if even the most qualified translator has had a peek on Google before to refresh their memory.

Of course, we also use A.I.; every reputable translation company uses technology to improve quality and increase efficiency to speed things up. You see, when someone needs a translation, they usually need it in a hurry.

However, they also need it to make sense to the reader.

In an increasingly globalised world, that reader might be from South Korea, Switzerland or Surinam. They expect any communication to be concise and adapted for their understanding. A text can be translated mechanically, but unless there is a degree of cultural adaptation, it will utterly lose its soul. Only a human with an intimate knowledge of the source and target cultures can ensure this.

This adaptation and recreation of the original is called transcreation.

It is a blueprint for how humans across many industries will survive the robot onslaught.

You see, a key aspect of a great translator’s arsenal is the ability to fill in the gaps and create something uniquely perfect. A robot could translate a Shakespearean sonnet from English to Japanese, but I very much doubt that it would retain the original beauty. That would take hours of careful consideration from only the most skilled translator (who writes Japanese poetry in their spare time).

Creatively filling in the gaps is what humans do best.

In communication terms, the deeper meaning is often found in what is left unsaid; unspoken inferences weaving their magic and taking a message to a whole new level.

In terms of different industries, the parallels are striking. The legal industry is a minefield of jargon that could be swiftly dealt with by an A.I. bot, but ask it to comfort a confused divorcee or aggrieved company owner, and it will struggle. Hospitality is another example where a robot can book us into a hotel, but only the warm farewell from a receptionist will send us on our way with a smile on our faces.

The history of our workplace has been one of adaptation and adoption of new technologies. However, no matter how streamlined the process, the very best results are achieved with a sprinkling of humanity to add the cherry on top. Life is short and every day is precious, so why would we choose to live without that cherry? That is what a life with A.I. would look like – very easy, almost effortless, but with little to truly savour.

This tightrope is something that A.I. will never be able to tread.

Get in touch today!

We are a global company with offices in Australia, Singapore and Belgium.